When you think about fast food, “fresh” isn’t a term that typically jumps to mind. At least, not here in the U.S. In Greece, it’s a different story. That’s what drove Alex Alevras and his business partner and company founder, George Nikas, to open GRK, a fast-casual Greek restaurant, first in New York City and now in Washington, D.C.

Alevras, the D.C. managing director, agreed to let me drill him with questions about his background as an entrepreneur and what it took to bring this concept to our nation’s capital. He both successfully sold me on the restaurant’s concept as well as where the next stamp on my passport will come from.

Alevras’s background as a restaurant operator for his family’s renowned chain in Greece helped him to spot the next generation, or “natural order,” of fast food. “Fresh casual,” as he termed it, is a combination of fresh ingredients, healthier food, and more inviting spaces.

Just two years ago, Alevras moved to the states and worked with Nikas to expand the fresh-casual concept into D.C. According to Alevras, D.C. is a very good market for this sort of dining. And while there are a lot of Mexican/Latin, Asian, and Italian and general Mediterranean fast casual options already in the city, the GRK partners found a lack of authentic, fresh Greek food. 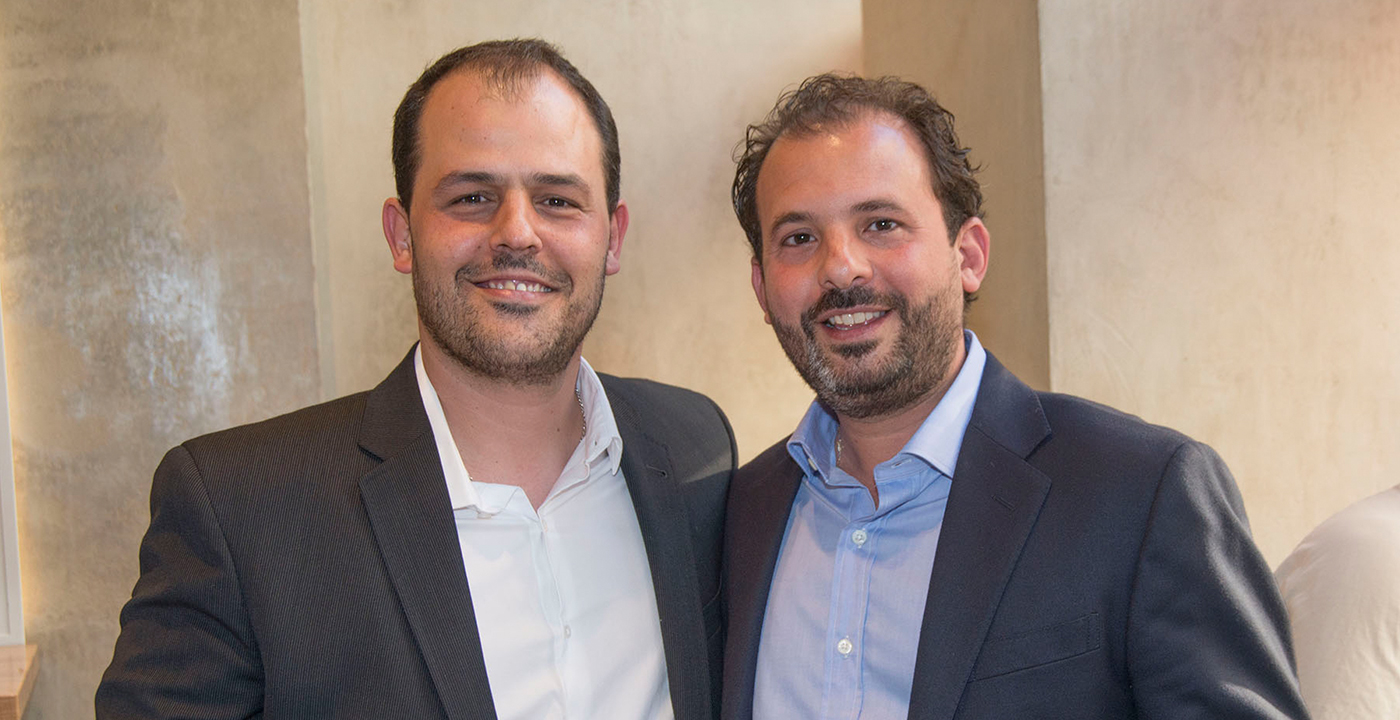 Most folks have at least heard of the health benefits of a Mediterranean cuisine; it’s no shocker that veggies and whole grains are good for you. But it’s not just a health thing. When I asked Alevras what the difference is between how people eat in the U.S. versus in Greece, his response made it clear that the typical street food in Greece is very unlike that which we have here in America. In fact, the term “processed” was never uttered. Wait, the Mediterranean diet is healthier, and they don’t over-obsess about “fat-free” and “sugar-free” diet options? Apparently, it’s all about FRESH. Sign me up.

According to Alevras, “If someone goes to Greece on vacation, one of the first reactions they’ll have is, ‘The food is SO GOOD!’  It’s actually not anything special, it’s very basic, but the most important thing is the ingredients we have there. Everything is much fresher, much more farm-to-table. The Mediterranean cuisine in general is very big all over the world, but in Greece, you’re getting it first-hand.”

And that’s what GRK is trying to recreate here in our hometown – simple, delicious Greek food with a focus on fresh ingredients. 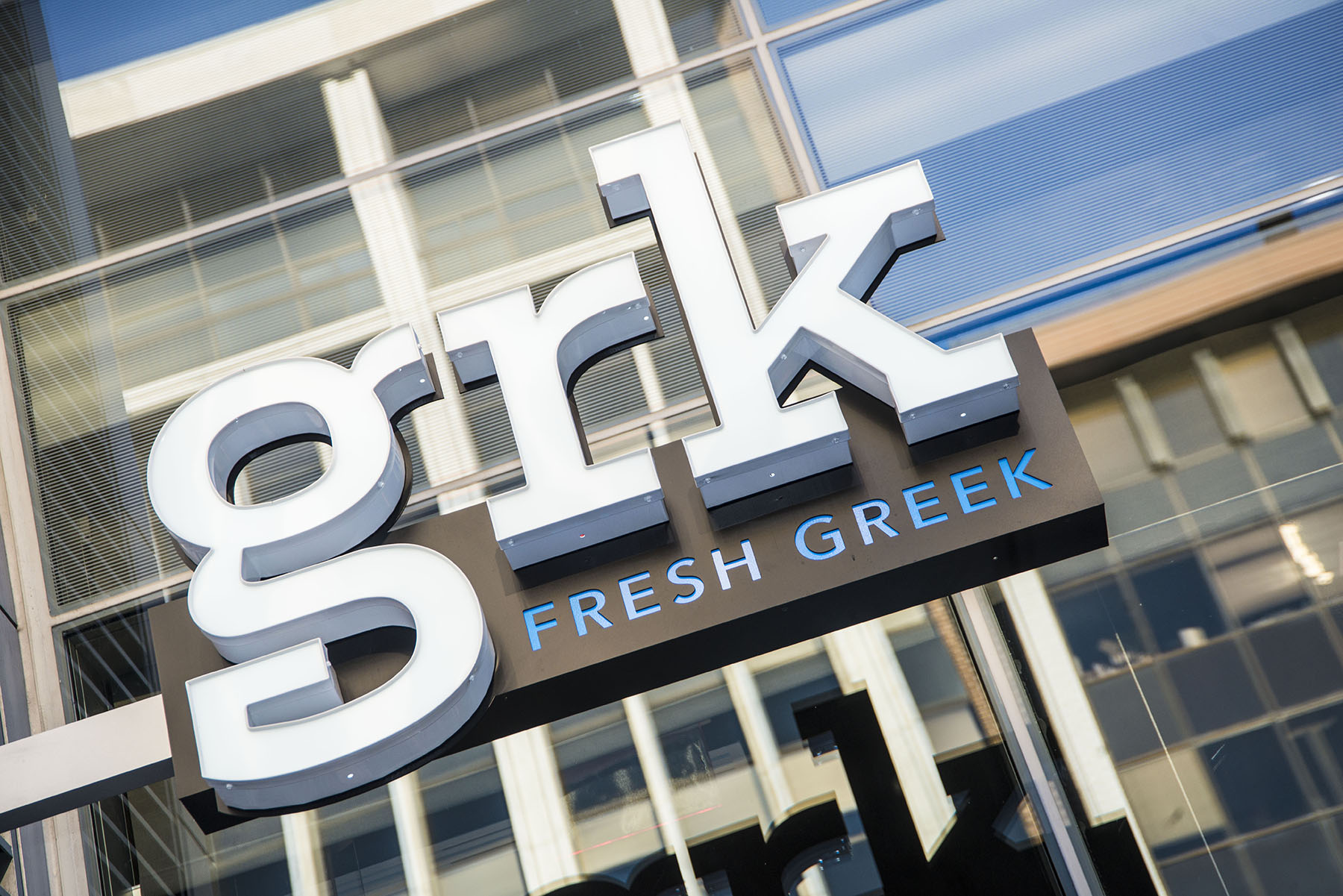 To start up GRK’s take on “fresh casual” in Dupont Circle, Alevras and Nikas relied on their partner and D.C. construction maven, Peter Psaromatis, to help them tackle the predictable problems of permitting and building that come with most new locales.

“Things happen,” Alevras pointed out, regarding construction delays and other difficulties diving into a new market. “But it was much easier than if I was to just parachute in on a totally new location.”

GRK was called a “Breakout Brand of 2014” by Nation’s Restaurant News, but for Alevras and his partners, coming up with the brand was more of a feeling than a scientific process. The brand’s essence was imported from Greece, and these influences can be seen from the design of the restaurant to the types of food served.

But the brand is more “Modern Greek.” You won’t find pictures of the Parthenon here, as GRK works to evolve the traditional Greek stereotype in the U.S. With the goal of eight to 10 more GRK restaurants in the greater D.C. market over the coming years, hopefully we’ll start to see that stereotype shift. 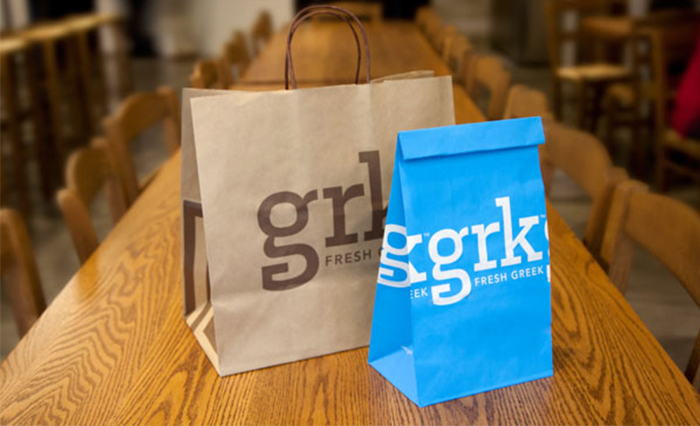 While all start-ups face particular local challenges, the biggest one in Alevras’s mind is making people understand that what they offer at GRK is unique and different from what is typically offered around the States today. “Once they taste it, they get it” – especially their top-quality meat which is all locally sourced, USDA certified, and gluten-free.

“’Authentic’ is a word that is thrown around a lot, but this is truly authentic…it’s something you can eat on every street corner in Greece, but it doesn’t exist in the US [at this scale].”

So what is Alex’s advice for budding entrepreneurs?

“Once you have an idea, be persistent, stick to it, and believe in it through the ups and downs. See the end goal.”

Big thanks to Alex and the lovely folks at GRK for the interview, and for bringing your concept a mere stumbling distance from Innate Headquarters.

GRK is now catering and serving up some delicious (and quite handy) late-night snacks until 3AM. And if you’re a Capital Bike Share member, show your key fob at the register for a free small yogurt after 3pm with the purchase of an entree throughout November. You can find them on Facebook and Twitter. Coming soon: Seamless and GrubHub.
[Photo credit: GRK; jeffreyw, Flickr Creative Commons]

Lisa is Innate's Client Marketing Director. She is a loyal William & Mary grad (BBA & MBA) who enjoys everything marketing & entrepreneurship, and (in her free time) running outside, designing jewelry, reading historical fiction novels, and binge watching "The West Wing" with a good glass of Cabernet.

Social Media Discernment: How to Choose the Right Platforms for Your Business